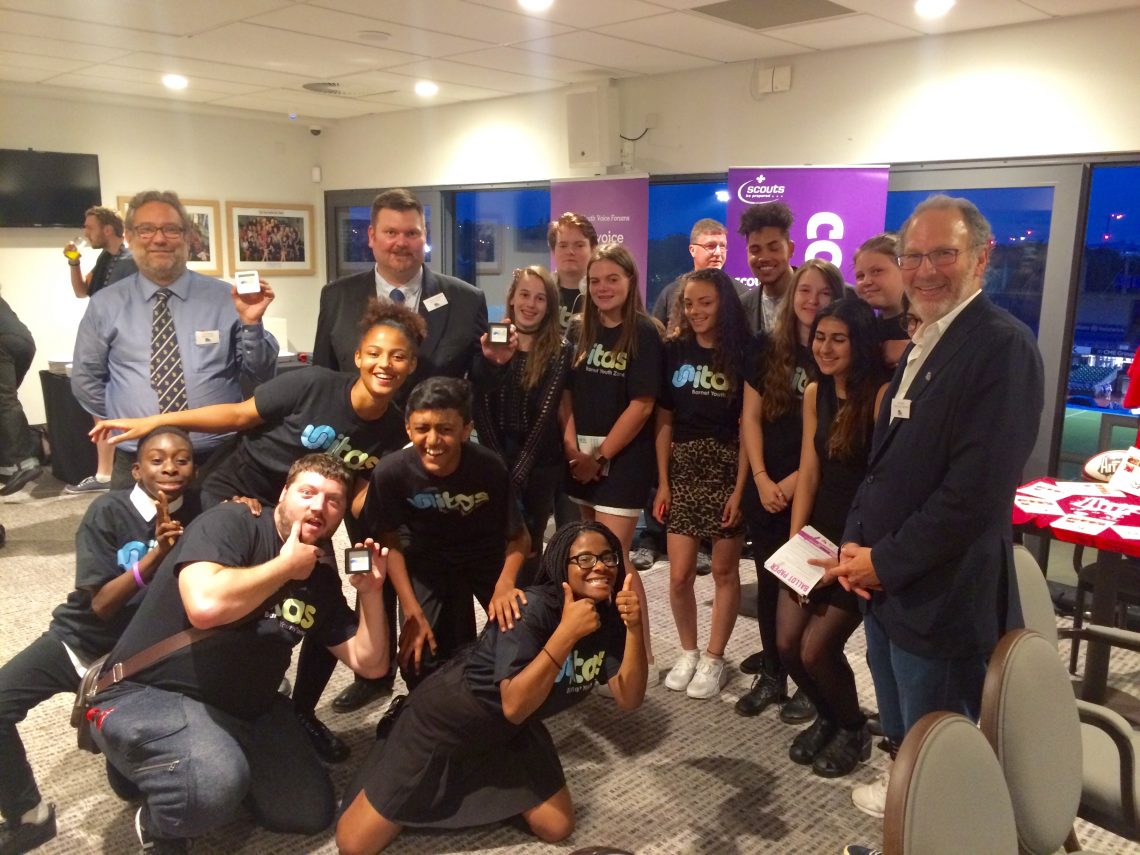 Young people from Barnet officially unveiled Unitas as the name of their new £6million OnSide Youth Zone in a special presentation, following a borough-wide vote by 2,000 young people.

The group, which has been meeting regularly throughout the year as part of the Barnet Young Person’s Development Group, explained where the name came from as well as giving an exciting overview of the fantastic facilities that will be on offer.

Unitas, the Latin word for unity, is featured on Barnet’s coat of arms which was the where the idea for it to be the name of the Youth Zone was born.

He said: “Barnet’s Youth Zone represents a fantastic opportunity for our young residents to take part in a huge range of activities for just 50 pence a visit and I am proud we are investing in it.

“It’s important that our young people feel a sense of connection with the new facility, which is why I’m delighted they have been so closely involved in the official brand and name.”

He said: “I’m very proud, it’s fantastic. We spent a few weeks with the kids on it and it went out to vote to come up with a name and it’s a terrific name.

“It’s going to be a major landmark in Barnet. I think it will absolutely make a difference to thousands and thousands of kids in the next generation.”

Unitas Youth Zone will be located in Montrose playing fields in Burnt Oak and will open in 2018, shortly after Future Youth Zone opens in Barking and Dagenham

It will follow a hugely successful model established by the OnSide charity which has similar Youth Zones in Manchester, Oldham, Carlisle, Blackburn, Wigan and Wolverhampton. All were built using the legacy of Bolton Lads and Girls club.

Inside Unitas Youth Zone, they will be able to take part in activities such as a wide range of sports on its indoor and outdoor pitches, music, art, cooking and dance plus much more.

The Youth Zone will provide a safe environment where young people can go and enjoy themselves with the aim of enabling them to raise their aspirations and confidence to create a happier and healthier generation.