How We’re Making It Happen

Barnet Youth Zone gets the go ahead

Barnet became the latest London borough to give the go ahead for a Youth Zone to be built in the west of the borough. Members voted unanimously in favour of delivering the £6million youth facility at Barnet Council’s Assets, Regeneration and Growth Committee meeting on Monday 7 September. To reflect the…

25 young people from across Barnet worked tirelessly with London based design agency Sea, to create two brand identities for the new Youth Zone, which went out for a public vote across the borough. The two brand identities developed are: Unitas – Derived from Barnet’s coat of arms, Unitas comes from the Latin…

Close to 2,000 local young people voted to call the Barnet Youth Zone ‘Unitas’, which will became the official name of London’s second £6m OnSide Youth facility. 25 young people of Barnet, made up of members from local partner community groups, have spent the last few months working with London based…

Young people from Barnet officially unveiled Unitas as the name of their new £6million OnSide Youth Zone in a special presentation, following a borough-wide vote by 2,000 young people. The group, which meets regularly throughout the year as part of the Barnet Young Person’s Development Group, explained where the name came from as well as giving an exciting…

Leading developer Redrow pledged its support for young people in Barnet by becoming a founder patron of Unitas Youth Zone, in partnership with OnSide and the London Borough of Barnet. The developer is taking an active step in bringing greater benefits to the community in Barnet, particularly school age children. Place…

Locals have their say on Unitas

Members of the public were able to have their say on proposals for Barnet’s new OnSide Youth Zone. Local residents were invited to a consultation at Burnt Oak Library to ask any questions they may have about the facility. Read more

Housing developer Fairview New Homes threw its support behind Barnet’s new Youth Zone, Unitas, by signing up to become its second Founder Patron. Fairview has had a long association with Barnet and, with the company’s latest development just a stone’s throw away from where Unitas will be based on Montrose Playing…

Members of the Barnet Young People’s Development Group spoke passionately about what Barnet Youth Zone will mean to them when it opens next year, during a dinner at the House of Lords. Hannah McKeating and Zuzana Fernandes told a group of business leaders from the borough about the work the…

Keith Black, Chairman of the Regatta Group outdoor clothing company agreed to spearhead the proposed soon to be developed Barnet Youth Zone, as Chair. With the development of Barnet Youth Zone’s new brand well underway, as young people from across the borough worked together to create a visual identity for…

Exciting plans for a state-of-the-art £6million OnSide Youth Zone have been submitted to Barnet Council. Expected to open in 2018 on Montrose Playing Fields, the submission of a planning application marks a huge milestone for the facility which was named ‘Unitas’ by the young people of Barnet. The Youth Zone is…

Barnet’s young people will soon see the development of a state-of-the-art Youth Zone in their borough after a planning application for the project was given approval. The £6million facility, which is being developed by charity OnSide alongside Barnet Council, will offer a wide range of activities for young people aged between eight…

Barnet Youth Zone is delighted to announce the appointment of Tony Lewis as Chief Executive. Tony brings with him a wealth of experience from working with young people working within children’s social care, youth justice and youth services. Tony began his career working for Connexions as a personal adviser before…

Barnet’s young people will soon see their OnSide Youth Zone take shape with building work set to begin on the £6.5million centre. Excitement across the borough is growing for the facility, which will offer 20 activities every night for young people aged between eight and 19, and up to 25… 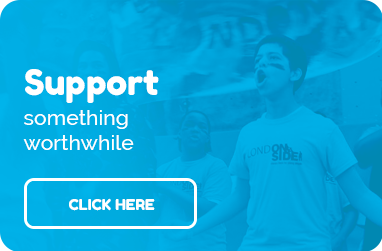 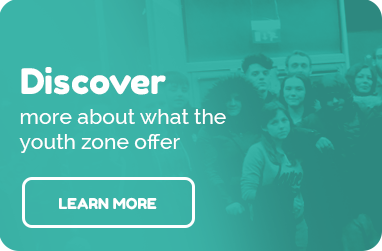 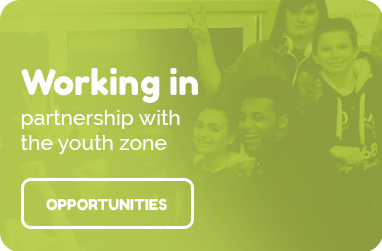